Mr. Badii (Homayoun Ershadi) drives along the zig-zagging dirt roads of Tehran’s outskirts. His face is washed in sadness, easily mistaken for a chilling calmness. He searches for miles, talking to a variety of men — a seminarist, laborers and a young soldier. They all seem so candid, as if they aren’t characters in a film, but a genuine slice of Iranian life. Indeed Abbas Kiarostami’s Taste of Cherry is an ultra realistic voyage into a man’s soul. The sounds of falling soil and machinery operating outside the tanned, sunburnt city take a lead role over scenes of minimal dialogue. All we see is the tormented Mr. Badii’s face as he hovers over the earth in an old truck, his vessel for self-inflicted annihilation.

Taste of Cherry is a morbid, yet beautiful way to discover the auteur. It’s screening on March 11 as part of The Wind Will Carry Us: The Films of Abbas Kiarostami, a celebration of the director’s work, co-presented by TIFF and The Aga Khan Museum. The retrospective runs until April 3 at the TIFF Bell Lightbox in Toronto and includes all of Kiarostami’s full-length features along with select short films. 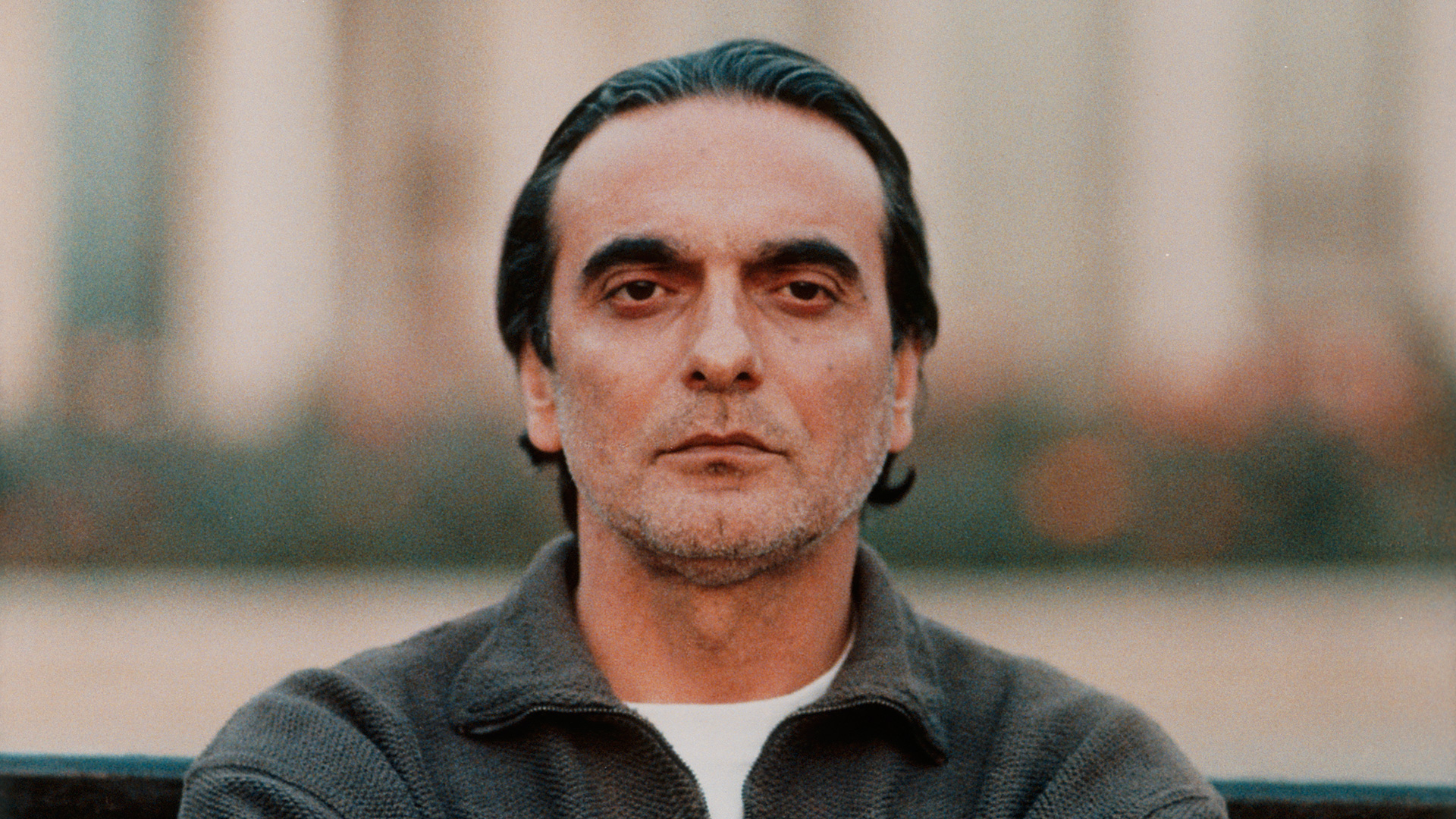 Homayoun Ershadi in Taste of Cherry.

A prominent figure during the Iranian New Wave movement, Kiarostami’s style bleeds realism. He takes a sharp modern look at not just several decades of life in Iran, but the global human spirit, from Japan to the romantic back streets of Tuscany. Kiarostami’s focus is unwavering, whether the subject is Mr. Badii’s truck snaking along the dunes, or the face of an imposter in 1990’s hybrid Docudrama, Close-Up.

A favorite among filmmakers such as Martin Scorsese, Jean-Luc Godard and Werner Herzog, Close-Up centers on a poor man who tricks a family into thinking he is acclaimed Iranian director, Mohsen Makhmalbaf. All people involved in the actual event play themselves, which leads to an emotionally charged feature that shows how the love of art and compassion can manifest itself in those among the bleeding edge of society. Kiarostami frames Hossain Sabzian’s face during his court appearance. We sit with him for the duration, only hearing the background voices of those he fooled, as it becomes clear that this man is more than just a petty criminal, but a man passionate enough to step off the path of normality. Only to achieve the mere feeling of being immersed in the world of film. Close-Up — screening on Tuesday, March 1 after an introduction by Kaveh Askari — blurs the line between film and reality, capturing an event so bizarre that the importance of what’s real and what’s not dissipates when Sabzian jumps on the back of Makhmalbaf’s motorcycle.

Romance under the eye of Kiarostami becomes just as elusive. Certified Copy, a Before Sunset flavored walk around Tuscany with a charming, albeit defeated-looking British writer, James Miller (William Shimell), and an uneasy French antiques dealer (Juliette Binoche), appears to open with the characters meeting for the first time. Their relationship quickly turns distorted, with both pretending that they’ve been married for years, and we’re left wondering if the anguish on Miller’s face is the result of a diminished, loveless union. None of these questions are answered, we make our own conclusions. Few films benefit from this type of ambiguity, but Kiarostami fills the void with a sense of inclusion. Why didn’t she jump or seem surprised when Miller gently touched her shoulder as they entered a lackluster restaurant? Did she know he would do that? Has he done it a hundred times before? Are they role-playing like the film immediately suggests?  The questions are endless. The energy immense. Kiarostami gives us an unforgettable experience. 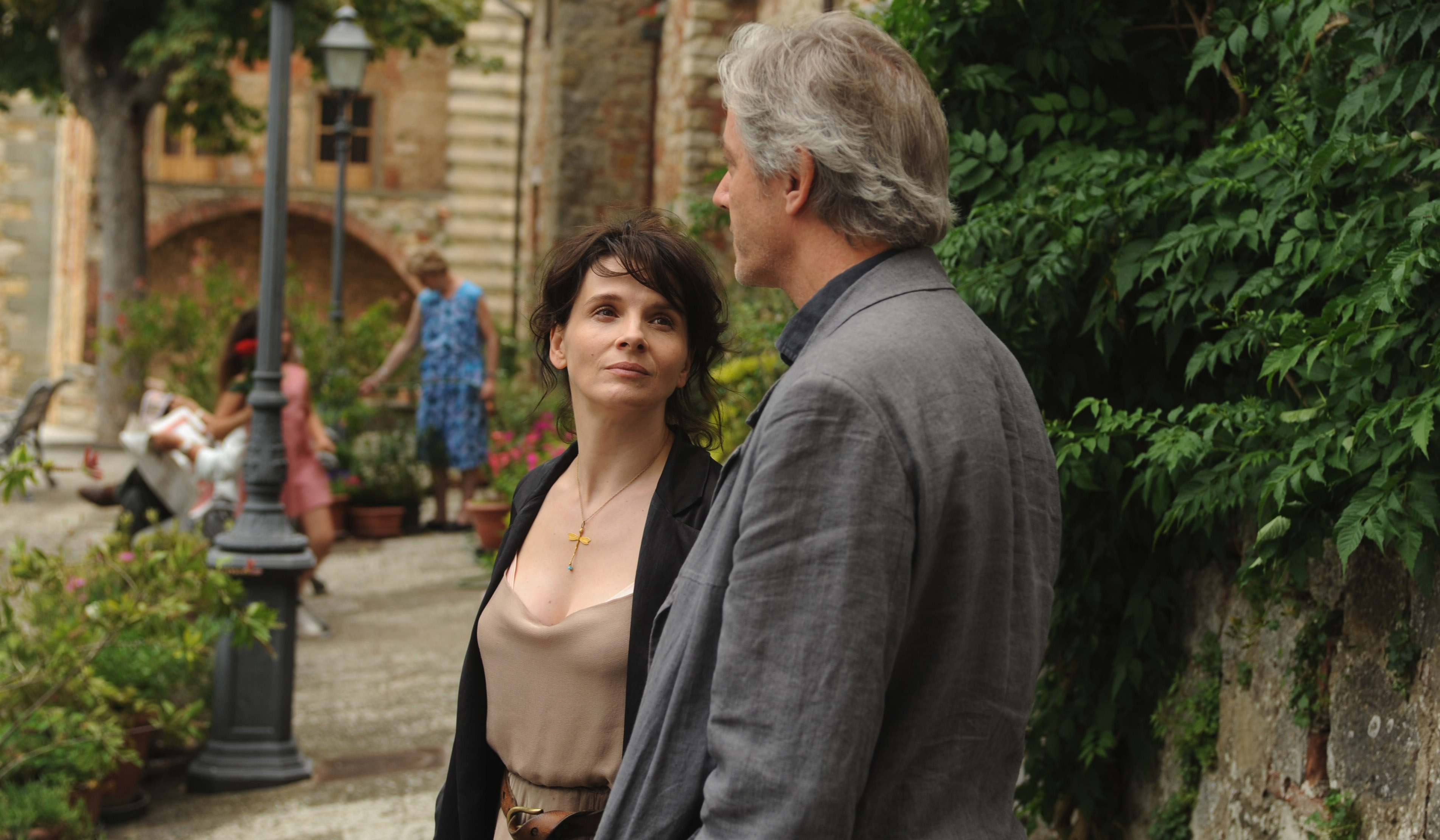 Check out the complete schedule for The Wind Will Carry Us: The Films of Abbas Kiarostami here, including an introduction to Shirin (2008) by film scholar Sara Saljoughi about the role of women in Kiarostami’s work and the film’s confrontation with “the look” in post-revolutionary Iranian cinema.