Having made a number of critically-lauded British films, director Ben Wheatley is set to unleash his latest film to an expectant public. High-Rise, an adaptation of J.G. Ballard’s novel, is set in a tower block in 1975, two miles west of London. It’s dark and twisted, and has been talked about for several months since it premiered at Toronto. We saw the movie a few months later at the London Film Festival, and here we are again at another such event in Glasgow, putting our questions to the man behind the film.

Was it your choice to have High-Rise in so many festivals prior to release, or was that a decision taken elsewhere?

It’s interesting. I know it’s counter-intuitive in some ways, as I always knew there was a long gap between Toronto and the film coming out. It has worked in many ways. The critical and audience reactions seem to get better and better as we go along. I’ve had the opposite with A Field in England when it was on TV and came out within two days. That was depressing that we lost the festival run. I’ve been enjoying it this time, it comes out of going from the screening and avoiding the wasteland of Bond and Star Wars. They crush everybody under the tent-pole jackboot.

I think festivals are good for this film. If you have a commercial action movie you probably don’t want to do this.

In terms of the images and trailers we’ve seen, do you have a hand in those coming out. Do you sign off on them?

They get passed under my nose. My position on that has changed. When I made Down Terrace I was worried about it. About those commercial posters. You see the way with Mondo Posters that people love and snap up, but they don’t help when you put them on the tube. No one will know what that means.

I think they slowly give out more and more information. The last one, I think, solves how you deal with such a large cast. I’m excited about one day doing a poster with those little boxes and having all the stars in them.

It’s good to be on the right end of good promotion. I love seeing how the internet reacts to the posters and getting excited. They have a life of their own, which is cool.

So how did you cope with the bigger cast this time, having come from mainly smaller ensembles in your previous films?

It was really hard. The edit becomes more difficult because I didn’t realise that you end up with a timeline of scenes with different actors together, but they don’t actually meet. It could be very different styles of acting, but in the final edit they all meet up and bump up against one another.

I twigged that within a few days of shooting. I caught it because I know the edit as I go along. I knew a lot of the cast already, so that does help. The problem is always the first day for an actor. With a lot of actors you have a lot of first days. 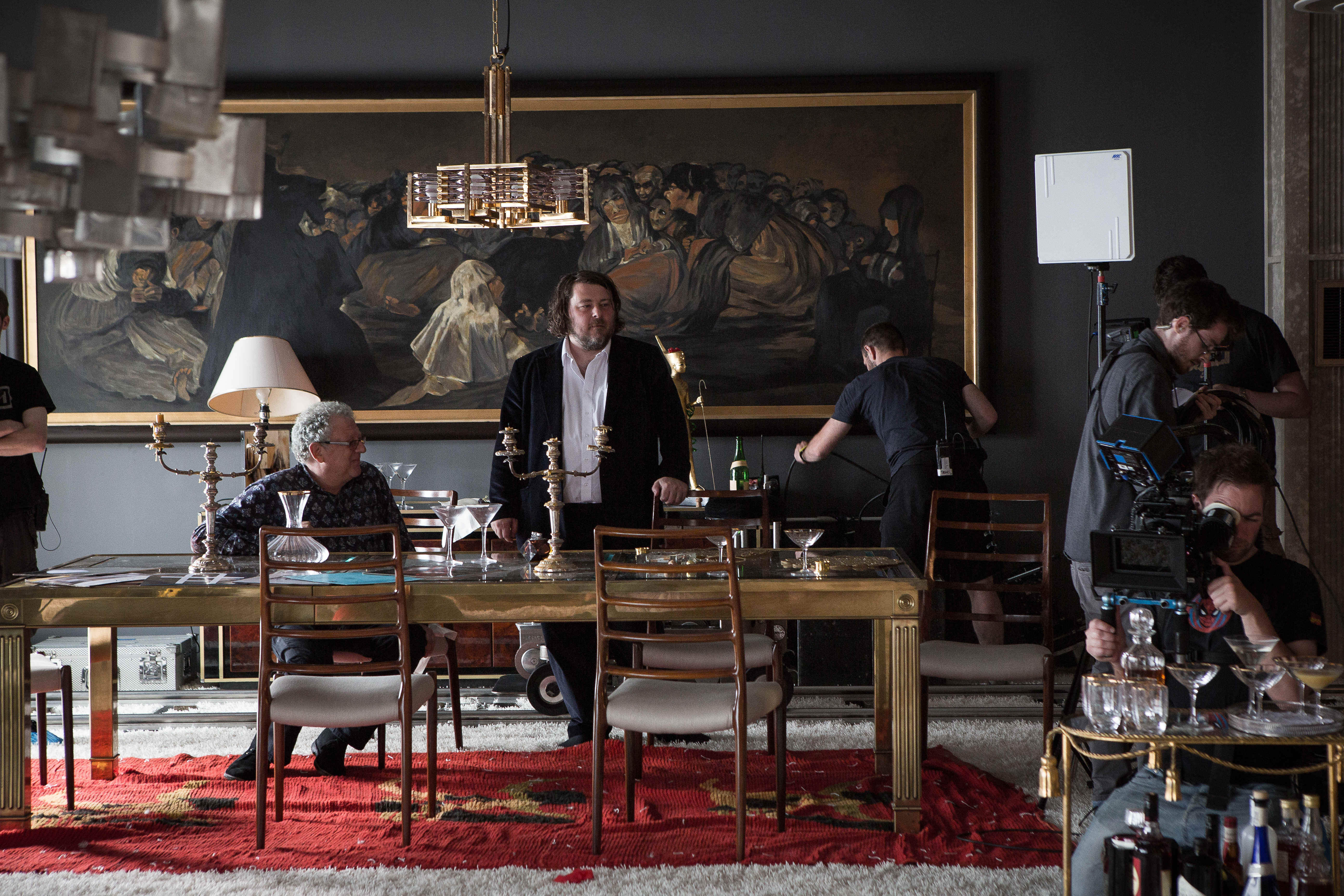 Wheatley on the set of High-Rise.

How did you find updating a story from the 70’s for a modern audience?

The book is predictive fiction anyway so elements of it have come true. Some elements are very 70’s, so there is a tension there, but that’s what attracted me to it. It felt like now, but was exotic enough not to be. The trick was the idea of what period films and sci-fi films are about. They aren’t about the past or the future really, not the good ones, they talk about now. You don’t talk about the past, you always get stuck in your own space in your own moment.

We listened to lots of voices from the 70’s and they were so alien to us that it sounded alien to us. Everyone’s accent shifts so much. We listened to an early Helen Mirren interview on Parkinson and thought ‘what does she even sound like?’.

So with your next film being set in the 70’s, how did you find doing the characters and dialogue for that?

Well the 70’s of Free Fire is very different from the one in High-Rise. It’s a genre film with a big G, and was more to help me with the idea that you can’t just get on a mobile phone and sort out a problem. Horror films are over because of that.

‘Do you want to go in that cellar over there?’

‘Let me have a look. Oh no, someone went there a few weeks ago and got murdered…’

It was to have the story that I wanted. It revolves around an old-fashioned phone and I couldn’t do that now. It also revolves around wanting to do that muscular 70’s American cinema.

With Free Fire being your first American-set film, how did you find that process?

There’s an international cast for this one. Sharlto Copley is in it, and he plays a South African. We also have Brie Larson and Armie Hammer as the only honest to God Americans. So it wasn’t a big deal.

I’ve spent the last few years talking about the Britishness of my films, but they just reflect where my head is. I never set out to do a load of British films. They were just films I made with British people.

How did you get into the American mindset then? Was it based on your travels over there, promoting your movies, or was it from watching the films of the 70’s that you mentioned enjoying?

America is a tough nut to crack. It’s a cliché that we are two nations separated by a common language. The culture is radically different from here. More fool you if you think it is similar.

I’ve been going out to L.A. since the 90’s and it’s taken me a long time to even get close to understanding. New York is different, because there you are fully impressed by the place. L.A. is an acquired taste. I’ve not even seen that whole middle portion. I’ve not done the road trip yet…

Is that on the cards?

Probably not. I can’t drive. 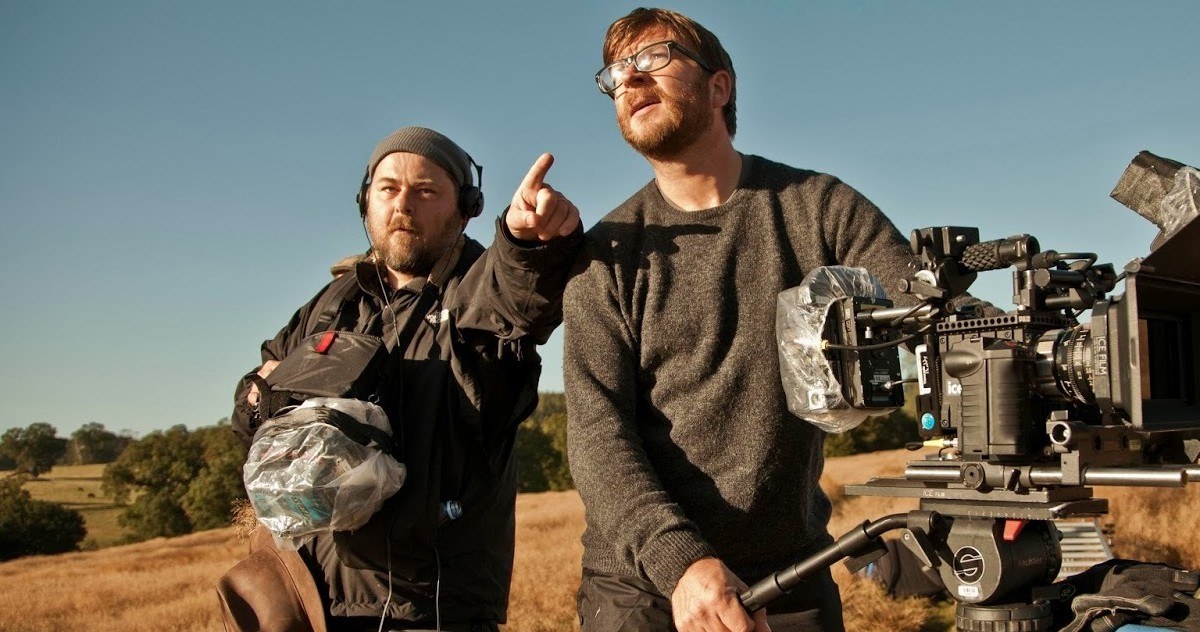 So how have American audiences reacted to High-Rise?

Well we premiered it in Toronto and that was actually kind of rocky. It was mixed reviews, either really good or really bad. That’s basically what I always get with my stuff.

At FantasticFest it was rave reviews, but you can never assume anything about audiences. You just roll with it. We went from Toronto to San Sebastian and that was fantastic. London went really well, aside from some usual murmurings.

Are you surprised your films get those extreme reactions, the highs and lows?

No. My own tastes are like that. I’m so lucky that I’m of an age that I wasn’t able to rant about films and put it on Twitter and message boards for the rest of time. As soon as I made my first film I realised that my days of watching films and shouting at them for being terrible were totally misguided. It’s really really hard to make anything even just competent. I mellowed immediately. I’m not as judgemental now.

What’s your opinion of critics then?

It’s a job that I wouldn’t want or seek out. As a creative person I think you should be making stuff. That’s the challenge. Talking about other people’s stuff is weird. Why aren’t you making stuff? And if you aren’t, why should you really have a voice to complain about things until you’ve walked a mile in someone’s shoes?

There are a lot of critics that I like and I read a lot of stuff online, but just as a personal thing I don’t get that relationship with art where you can just talk about it but not create it. 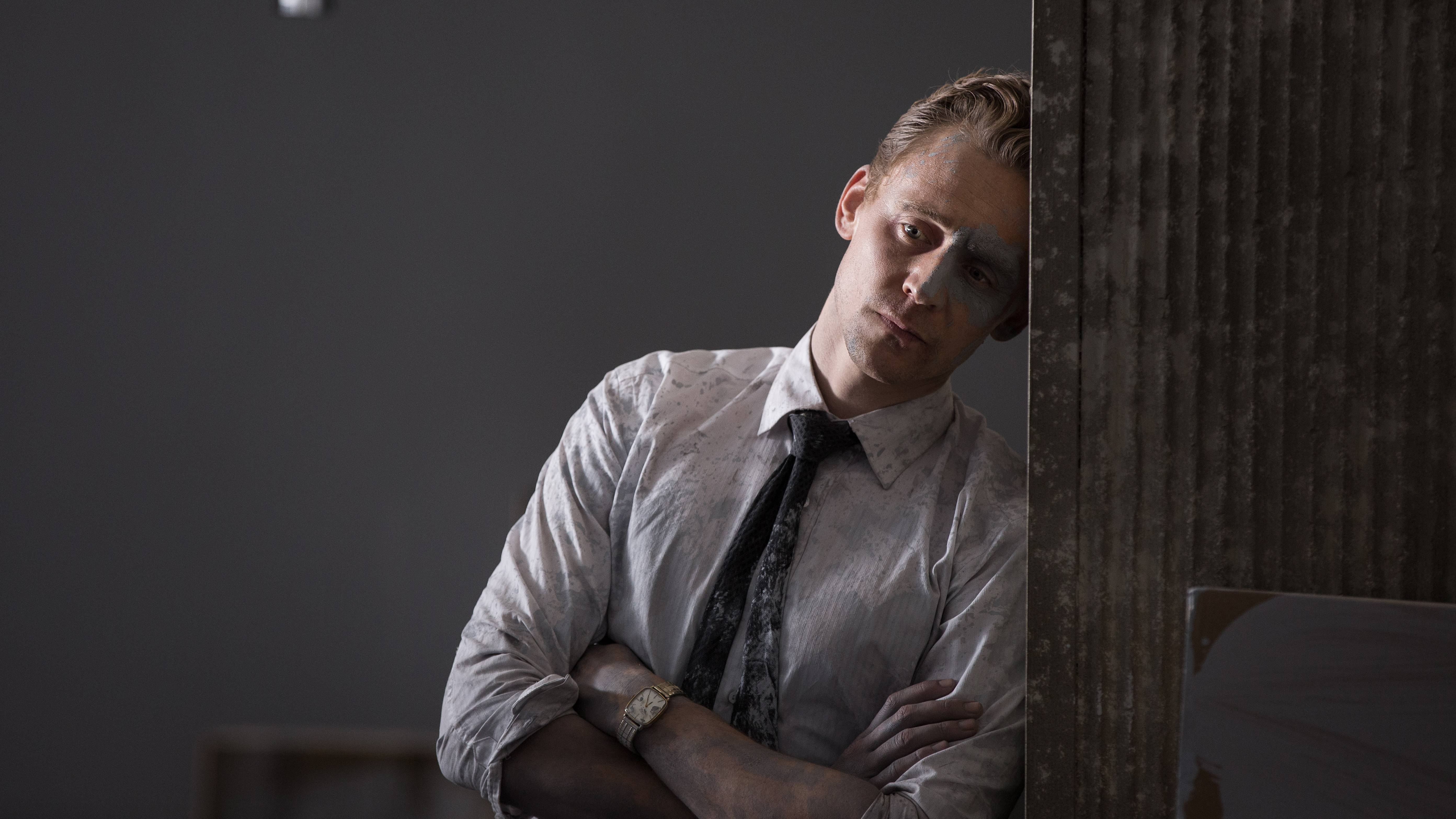 High-Rise, starring Tom Hiddleston, was screened at the Glasgow Film Festival and will be on general release across the UK from 18 March. You can read our 5 star review of the film here.