Ewan McGregor looks almost unrecognizable in the first clip from season three of Fargo. The Star Wars actor seems to have gained weight for the part, as his character also sports an unflattering, balding hairstyle: 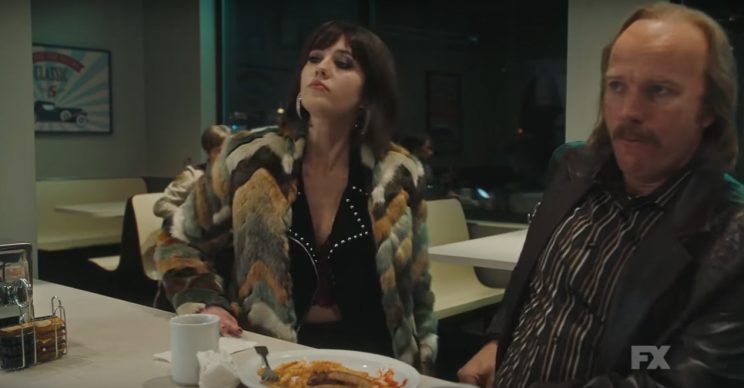 McGregor plays Ray Stussy in the show (above), but is also portraying a second character, Ray’s brother Emmit.

FX released a clip giving us our first look at McGregor, while we can also see Mary Elizabeth Winstead for the first time, as she plays Nikki Swango, alongside Ray in the diner. The pair are seen making a sharp exit once Carrie Coon’s police officer Gloria Burgle arrives. Check it out below:

Plot details are yet to be revealed for the upcoming season but we do know that Jim Gaffigan, David Thewlis, Michael Stuhlbarg and Karen Soni will star. The premiere is scheduled for April 19th.