Batman v Superman: Dawn of Justice broke me. I attempt to do the same back.

I’m just trying out different ways of saying the same sentence, in order for me to fully process the evil these particular few minutes affect the film. But fundamentally, they don’t affect it at all: whatever the movie calls a plot goes unharmed, while every character doesn’t seem to even break a sweat about the atrocity that’s just occurred. Let me break it down into easily digestible sections, so we can fully understand the monumental awfulness of… let me clear my throat… The Bombing Scene.

A screengrab from Batman v Superman.

1. The Literal Jar of Piss

So this is a call-back to an earlier scene between Jesse Eisenberg’s Lex Luthor and Helen Hunter’s Senator Finch, in which the latter explains that she wouldn’t call a jar of piss Granny’s Peach Tea, in order to explain to Luthor’s irrational mind that just because you say something is something else, doesn’t mean that something is actually something else entirely. Or something. It’s a truly terrible exchange in the first place, but clearly it was assumed that the material oozed upward from the mouldy dialogue here was good enough to pop up again later on. After all, this brief scene is the closest the film gets to any genuine insight – and it’s one where they talk about receptacles filled with urine. At least it’s giving everyone low expectations early on.

Fast-forward to the hearing at the Senate building, where Superman arrives to explain his personal perspective on his actions and justify his place among humanity. Following a lovely moment where he lets himself through the swing-gate – a terrific touch that speaks volumes of the enormous power he represents opposed to the teeny social structures of mankind – Kal-El takes his place in front of the Senate, complete with an audience. Seconds after Finch begins her opening speech, she notices a jar of piss next to her with the label ‘Granny’s Peach Tea’ attached. We understand quickly that this is a ‘gift’ from Luthor, and after what feels like an agonising wait, Finch finally catches up – and as Superman turns to Scoot McNairy’s Wallace Keefe, a wheelchair-bound victim of Superman’s destruction of Metropolis who has instigated the entire hearing, everything suddenly Blows the Hell Up.

Up until that point, I was relieved: finally, some conflict! Some ideological battle with no less than the planet’s safety at stake! And then McNairy’s wheelchair detonates and the movie is robbed of its one chance to lay some much-needed groundwork, and we are robbed of hearing what the Man of Steel has to say about his position in the stars. It would be a neat rug-pull on Snyder’s part if he hadn’t already built in these crucial aspects of his story and characters elsewhere: but he literally explodes his own film, and a huge chance for it to it to finally shift into second gear burns up in the ashen rubble.

I’m not even going to think about Superman’s amnesia of his own powers, as a simple glance with his X-ray vision – a talent proven in Man of Steel – would have changed circumstances drastically. If only he used this particular power the instant he felt suspicion, and upon a split-second investigation of the room, he would have seen the device inside McNairy’s wheelchair. Which leads us nicely to… 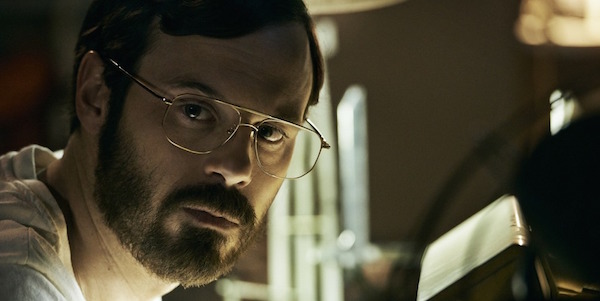 Possibly not a screengrab from Batman v Superman.

I absolutely adore Scoot McNairy: every time his face pops up in movies, you know you’re going to enjoy his performance the most. So when I rue McNairy’s character and the role he plays in BvS, something’s up. Following the crushing of his legs during the destruction of Metropolis, Wallace Keefe (McNairy) is rightfully furious at Superman. I can’t help feeling that, in some respects, he’s an audience surrogate for those who felt sick at the human cost of Man of Steel’s final battle – but that’s a different point. He even goes and defaces Superman’s statue in broad daylight (and it’s absolutely bizarre that a statue of him exists in the first place, since he is a figure of such heated contention in not only public spheres, but governmental ones too). I could digress on these smaller details for all eternity, such is the absolute failure of BvS on the most essential levels – but moving swiftly on, Keefe is pushed into battling Superman via more legal methods when Luthor lures him with a shiny new set of electric wheels. In the end, of course, Keefe is merely a puppet in Luthor’s demented plan: he gets Blown the Hell Up.

Why cast such a gifted performer as McNairy, sincerely one of the best character actors alive right now, in a role that has such little eventual impact on the movie? But that’s not my real problem: why on earth didn’t they cast a real-life amputee actor? Why not give someone who matches the niche casting prequisites perfectly a beautiful chance at being in a huge Hollywood blockbuster, instead of a seasoned actor? (Not to mention that there would be no need to waste money on CGI in green-screening out his legs.) If the character had started the movie with use of his legs, right before the disaster that robs him of it, then it would be a different story. Much like the argument that arose when Eddie Redmayne played Stephen Hawking, it would be totally unfounded: if The Theory of Everything was set completely during the time in which Hawking was wheelchair-bound, or maybe in the throes of his disease, then the argument for casting someone handicapped legitimately comes into play. Sadly, as a society, we’re a long way from shrugging off the shackles of disability-phobic casting – but operating within the system we have now, it still makes far more sense to cast a genuinely disabled actor in a part where the character is disabled for the entirety of the film. And yet, there’s no possible cut of BvS I can think of where McNairy would be walking around before being pinned by a falling skyscraper, even briefly: his introduction is him having already lost his legs. This is admittedly more a problem with the studio process, rather than the movie itself – but it’s still endemic of the stinking, retrograde thought process that plagues Snyder’s picture at every given moment. And so we come to the real issue… 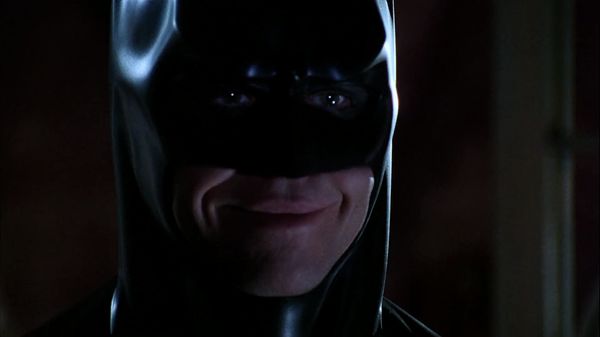 Almost definitely not a screengrab from Batman v Superman.

If you use the most powerful microscope on Earth, it might be possible to discern a basic story structure hidden in the film’s mess of choppily stitched-together scenes and unconvincing character beats – and it might be fair to discern The Bombing Scene as what’s known in the biz as the Inciting Incident. Essentially, most plot-driven movies – and basically all blockbusters – have one, and it’s where the characters are called into action proper, where they are urged to do something about their situation or find themselves in one anyway. It’s the moment – or moments – when the plot of the film truly kicks in: it’s when Judy Garland is whisked away by the tornado in The Wizard of Oz, when Martin Sheen is told to terminate with ‘extreme prejudice’ in Apocalypse Now, when Jesse Eisenberg is dumped in the first scene of The Social Network (where BvS is a quasi-sequel, in which Zuckerberg really overreacts to being broken up with). When the Senate building goes boom, it eliminates the typical structures which would decide on the outcome of Superman’s fate: in doing so, what’s left is a terrified civilisation, tipping the scale of doubt over the Man of Steel’s intentions into the red, and leaving Lex Luthor – now a freshly certified mass-murdering maniac – as the true governor of the present situation. It would be a terrific inciting incident, if it meant any damn thing at all.

The sequence has little, if any, impact on the rest of BvS. It seems to get thrown away as nothing more than side-dressing on Luthor’s insanity salad. The event doesn’t kick the film off its backside, and the movie is stuck in neutral for the duration; does the American government decide to act further? Doesn’t seem like they particularly care; does Luthor grab this chance to enable a full-on attack on Superman’s image? Nope again; does Batman see this as further proof that Superman is a danger to us all? You know, confirming that 1% chance = absolute certainty paradox spiel Alfred is always on the receiving end of? (Wayne would never make it as an accountant, by the way.) Allow me to reiterate: No. The Bombing Scene, as awkwardly pulled off as it is, is a chance for BvS to help form and cement the motivations and doubts of its plethora of characters, while also notching up the stakes. It’s the most basic story structure imaginable, and any of us could come up with it. But somewhere down the line – if it was even a possibility in the first place – any purpose the film had in its bones had been melted away.

But perhaps worst of all? It doesn’t affect one of our leading men in the slightest. Which shines a light on our next area of discussion… 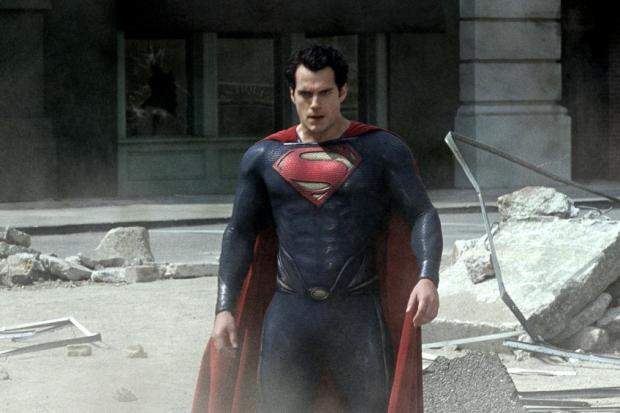 … I’m actually not sure about this one.

Like I said, the Senate has just been Blown the Hell Up. Amid the flames is a seemingly unharmed solitary figure: Superman. We’re given a close-up on the Kryptonian’s face, who has just witnessed another of humanity’s myriad ways in which it destroys itself. His expression? Remorse, perhaps? Unhinged fury? A wordless sadness, stretching from the eyes in a thousand-yard stare?

Nope. Superman looks like he’s just let one go, his face crumpling slightly as the smell reaches his nostrils.

In this moment, along with many other moments, we understand Snyder’s utter misfire in attempting a different take on the superhero. A Superman with personal conflictions? I’d buy that. But in trying to force Superman into having self-doubt, Snyder has also forgtten to give him the altruistic elements that, well, make him Superman: it’s a case of mixed messages, as during this scene of tragedy, we end up reading Superman’s face as one of indifference – not a tranquil, profound realisation of the nature of the people he’s trying to protect. At least, that’s what I can only assume the intent is. Maybe Clark could explain to Lois later on how he felt numb at the tragedy, emotionally paralysed by the sheer level of brokenness that he can only feel helpless in trying to mend? Naturally, the entire event is forgotten almost entirely within minutes: in not allowing Kal-El the most basic of emotional responses here, we get a man whose only readable reaction is ‘slight fart guilt’.

Everything Wrong With Batman v Superman #2: The dream sequences

Keep your eyes peeled on Flickreel for the next instalment of Everything Wrong With Batman v Superman. Man, I hate this movie.