Edgar Wright has finally spoken out on his controversial decision to leave Marvel’s Ant-Man. The 43-year old director was set to helm the superhero film until he chose to step down just weeks before production.

Wright is best known for directing the likes of Spaced, Shaun of the Dead, Hot Fuzz and Scott Pilgrim vs. The World, and very almost added Ant-Man to that impressive list. He has now explained the reasons behind his departure, telling Variety that it was a “heartbreaking decision”:

“The most diplomatic answer is I wanted to make a Marvel movie but I don’t think they really wanted to make an Edgar Wright movie. It was a really heartbreaking decision to have to walk away after having worked on it for so long, because me and [co-writer] Joe Cornish in some form—it’s funny some people say, ‘Oh they’ve been working on it for eight years’ and that was somewhat true, but in that time I had made three movies so it wasn’t like I was working on it full time.

But after ‘The World’s End’ I did work on it for like a year, I was gonna make the movie. But then I was the writer-director on it and then they wanted to do a draft [of the screenplay] without me, and having written all my other movies, that’s a tough thing to move forward thinking if I do one of these movies I would like to be the writer-director. Suddenly becoming a director for hire on it, you’re sort of less emotionally invested and you start to wonder why you’re there, really.”

Wright withdrew from the project in May 2014, and was replaced by Peyton Reed, who returns to direct the sequel Ant-Man and the Wasp. 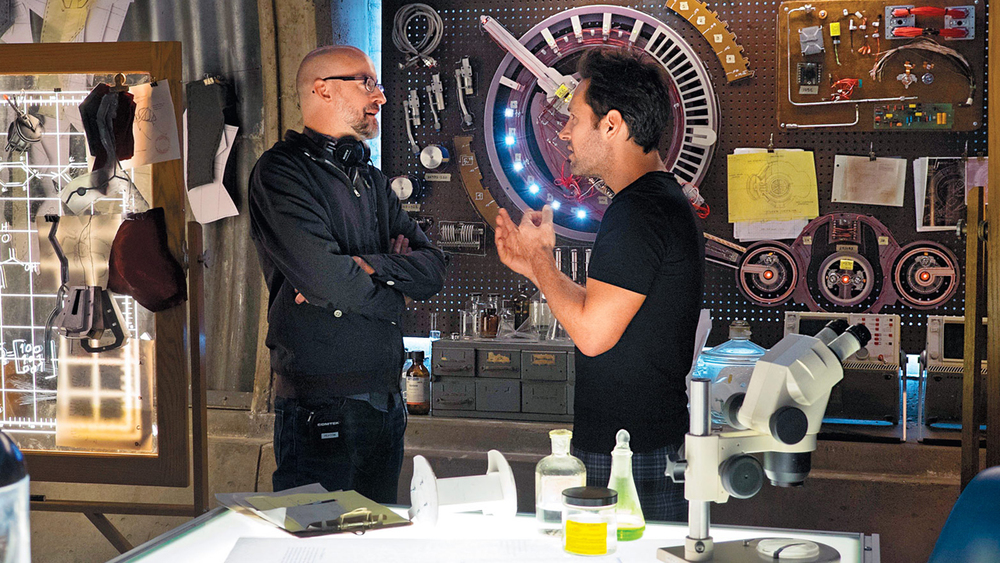 However, Wright is pleased that exiting Ant-Man lead to his latest movie, Baby Driver:

“Maybe one of the ironies about it is I had thought in the back of my head, ‘Well if the Marvel movie does well, maybe I’ll have enough muscle to get ‘Baby Driver’ made,’ and so it’s ironic I guess that I didn’t make that movie and got ‘Baby Driver’ made, and with a studio, which for an original movie is very rare.

“And the other important thing for me is almost the entirety of my crew who were gonna do [‘Ant-Man’] sort of left in solidarity, so it was really important to me to get another film going so I could kind of re-employ them all. So the funny thing about ‘Baby Driver’ is it pretty much features all the [Heads of Department] who were gonna do the other movie with me.”

Baby Driver crashes into theaters on 28 June. Watch its trailer below in the meantime: