Tilda Swinton has addressed the criticism regarding the whitewashing controversy of her character in Doctor Strange. In the process, she has called for Marvel to have its “first gay superhero”.

The 55-year-old actress is best known for the likes of Michael Clayton and We Need To Talk About Kevin. But her most commercial role is still yet to hit screens, as she is set to appear as The Ancient one in the upcoming Marvel film Doctor Strange.

Her casting has been controversial though, as in the comic books, the Ancient One is depicted as Tibetan and so eyebrows have been raised over the casting of a white woman in the role, with even director Scott Derrickson tweeting about it:

And now Swinton has responded to critics telling Out Magazine:

“Anyone speaking up for a greater accuracy in the representation of the diversity of the world we live in has me right beside them.

“As someone who has worked from the beginning as an artist within a queer aesthetic, the urgency of that voice is always going to be welcome.

“At the same time, the film Marvel has made—in which they created a part for which I was not bad casting, in actual fact—is a departure from the source material in more ways than one.

“Ironically, their casting is positively diverse in this case: The Ancient One in this film was never written as the bearded old Tibetan man portrayed in the comics. Baron Mordo, a Caucasian Transylvanian in the graphic novels, is here played by Chiwetel Ejiofor. Benedict Wong plays a newly expanded and significant role as Wong, who in the comics is a mini-minor character.

“I believe in Marvel’s wholehearted commitment to creating a diverse and vibrant universe, avoiding stereotype and cliché wherever possible in a determination to keep things fresh and lively.” 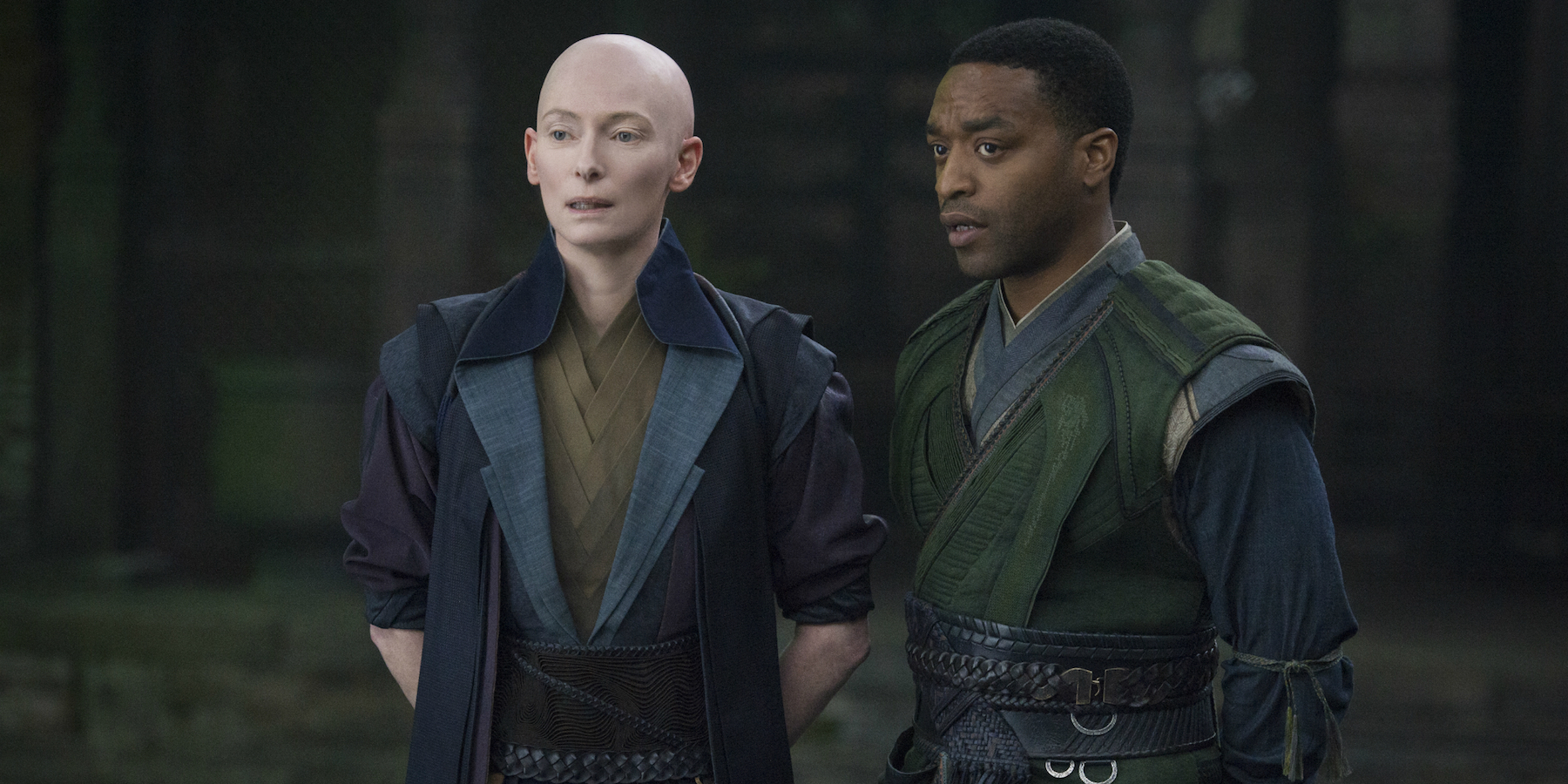 Swinton then went onto express her desire to see a gay superhero in the future:

“We are still looking forward to our first gay Marvel superhero, naturally. Let’s hope that’s only a matter of time.”

She also gave her thoughts on people’s perception of homosexuality:

“I have lived for my entire adult life closely integrated into a queer aesthetic, the issue of sexuality is a secondary one to the issue of spirit. My analysis is, as my grandmother would say, ‘Horses for courses,’ meaning, each to their own.

“Queerness is an attitude that, when acknowledged as shared, can bring more people together than could ever be divided by it being used as a term of rejection.”

And you can see Swinton in Doctor Strange, when it hits screens on November 4th. Check out the trailer below: