New set images have arrived from Thor: Ragnarok with one hinting at a strange connection between the film and Benedict Cumberbatch’s upcoming Marvel movie.

Thor: Ragnarok is currently being shot in Brisbane, Australia and Chris Hemsworth posted a set photo on twitter of himself and Tom Hiddleston, who plays Loki:

More pictures from the set were shared, this time from Daley Pearson (An Australian writer and director) with one of his photos teasing us with a potential Doctor Strange connection.

Here’s a few photos from the set of #Thor in #Brisbane today. Trying to keep it #Loki ? ⚡️ pic.twitter.com/8NATpA9JQ2

The photo shows Hemsworth holding a piece of paper with the words “177A Bleecker Street,” This address is of course Doctor Strange’s Sanctum Sanctorum in New York. So could Cumberbatch be set to make an unlikely appearance in Thor: Ragnarok?! 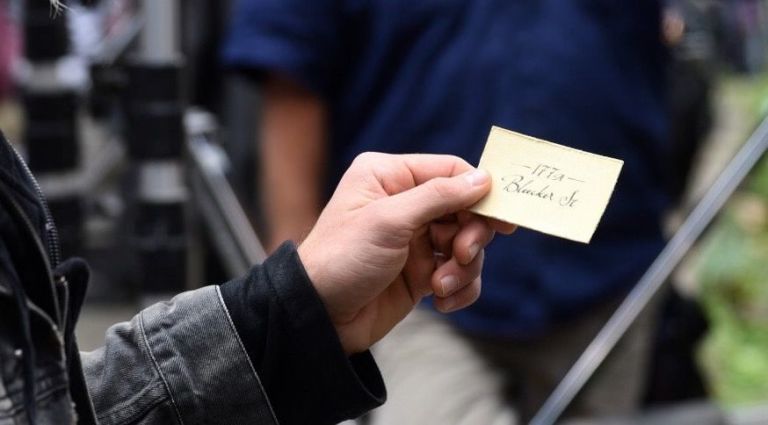 Starring alongside Hiddleston and Hemsworth, is Idris Elba as Heimdall, Anthony Hopkins as Odin, Cate Blanchett as Hela, Jeff Goldblum as the Grandmaster, Karl Urban as Skurge and Mark Ruffalo as Hulk. And we may now even see Cumberbatch’s name added to that list, at least it seems likely that his character will be referenced in the film.