Carrie Fisher has revealed why her character Princess Leia and Harrison Ford’s Han Solo were no longer a couple in Star Wars: The Force Awakens.

Fisher explained the reasons why in a comedic manner during a Q&A at the Saskatoon Comic & Entertainer Expo:

“He smuggled way too much, and girls, I know you don’t want your husband smuggling, do you? [And] hanging out with the hairy guy too often. I think there are a lot of problems with that. He wouldn’t take me on that hyperspace thing enough. [That’s a] euphemism.” she said, according to the Expo’s Facebook page.

“He smuggled way too much. [And] hanging out with the hairy guy too often.” 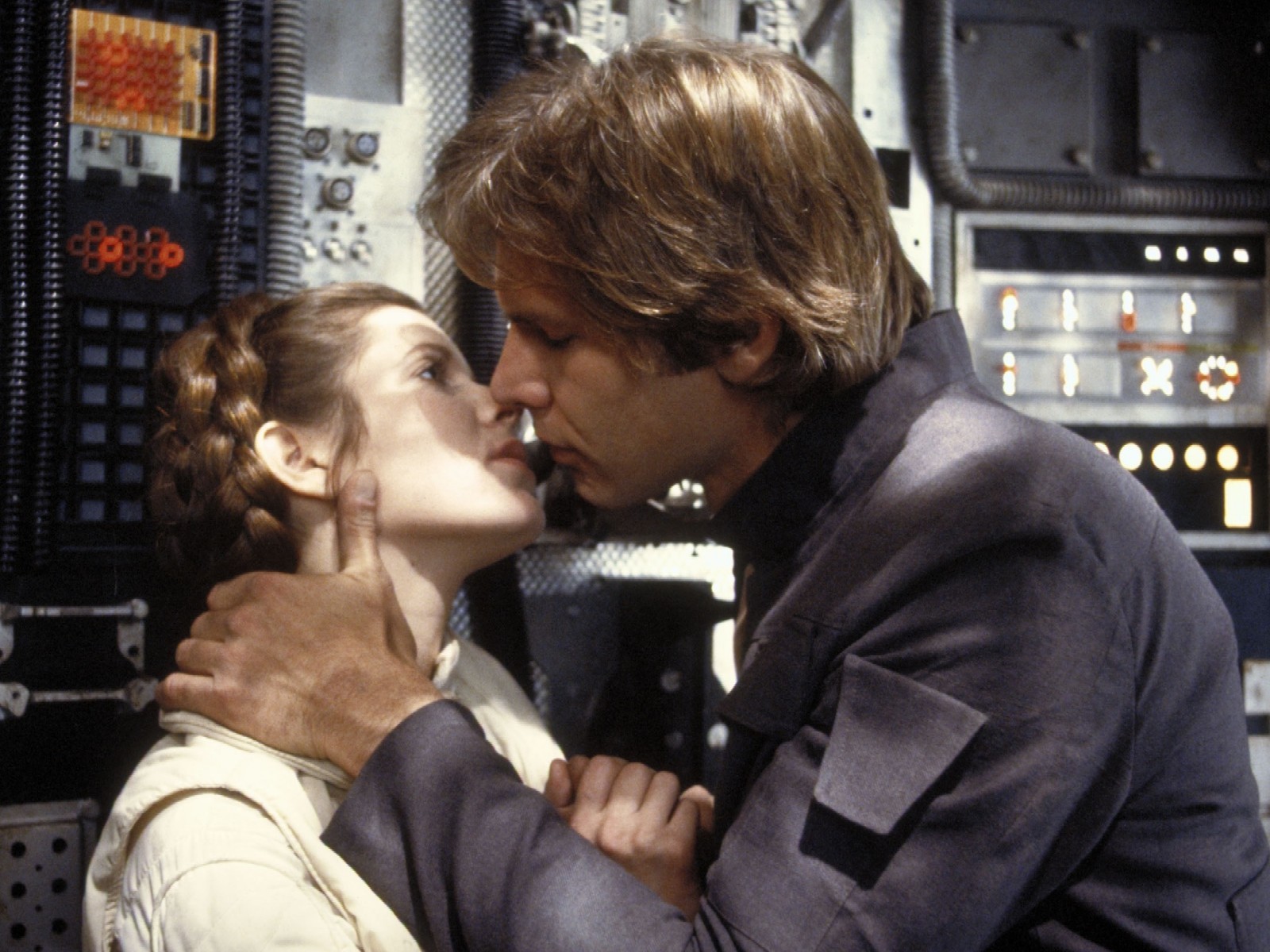 Han and Leia getting romantic in 1980’s The Empire Strikes Back.

Fisher is set to return as Leia in Star Wars 8 and recently, Adam Driver, who plays their son Kylo Ren in the new films, called the upcoming episode “dark” in tone:

“It’s great. It’s similar to how The Empire Strikes Back has a different tone. For that people always go, ‘Oooh, it’s dark.’ But I don’t know that it necessarily is. It’s just different in tone in a way that I think is great and necessary but also very clear.” he told Collider.

And we can see Star Wars: Episode VIII, helmed by Rian Johnson, when it arrives in theaters on December 15, 2017.