Bryan Cranston recently declared his interest in playing a “nasty” Marvel villain and now he has revealed exactly which character he has in mind.

During a panel at New York Comic-Con – Cranston revealed that he’d like to play Mr. Sinister.

“What do you think?” he asked the crowd, which preceded to go wild. “It intrigues me to be able to play a character that hasn’t been on film before, so you can create it from the beginning.”

Mr. Sinister was introduced into the X-Men universe in 1987 as a telepathic evil genius who can project energy, shape-shift and regenerate. Sounds not too dissimilar of the role he portrayed as Walter White in Breaking Bad! 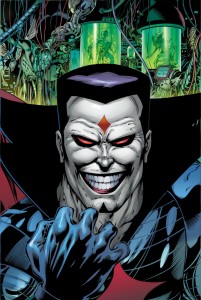 Let’s hope Marvel will take Cranston’s interest onboard so we can actually see this happen.