20th Century Fox has released a new set photo from Alien: Covenant giving us our first look at the return of a familiar face.

Fox posted the image on twitter in honor of Ridley Scott’s 79th birthday, and the photo shows the return of the Space Jockey aka Pilot:

1979’s Alien first introduced the mysterious space jockey without further exploring it, simply showing a creature who had been killed by the Xenomorph. But in 2012, Prometheus revealed that the jockey belonged to a race of aliens which created humanity. 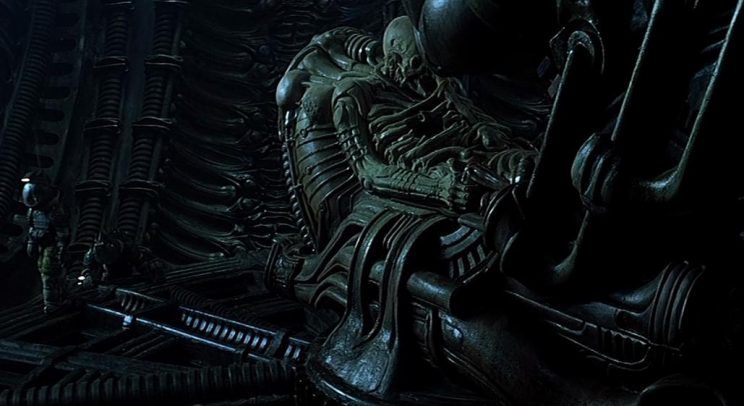 The Space Jockey in the original Alien film.

Alien: Covenant is set for an earlier release than expected, hitting screens on May 19, 2017.