Now we know people say this every year, but 2017 was genuinely a quite brilliant year for cinema, and on such a variety of fronts. With a host of resourceful, creative blockbusters, to profound, moving dramas – while there were so many excellent pictures from around the globe that adorned our screens. Here we’re running through the year’s very best, and, well, some of the more forgettable. 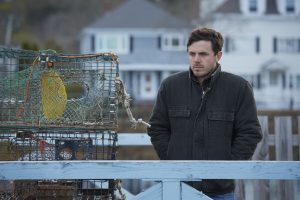 The year began, as always, in emphatic fashion – for the first two months always sees the big Oscar hopefuls getting their release. From the hugely upsetting, enchanting production A Monster Calls, to the all-signing and all-dancing affair that was La La Land, we also had Kenneth Lonergan’s breathtaking drama Manchester by the Sea. The year had begun well, and it was merely a sign of things to come.

In later weeks Pablo Larrain delivered Jackie, while we also saw Loving and of course, Moonlight grace our screens, the latter winning the Best Picture award at the Oscars, and deservedly so. Then came a whole collection of foreign language films that blew us away. The German comedy Toni Erdmann is unlike anything else we’ve seen all year, and Isabelle Huppert was at her irrepressible best in Elle. Iranian Oscar winner The Salesman was also terrific, as were Neruda (again, by Pablo Larrain) and the beguiling thriller The Handmaiden by Korean auteur Park Chan-wook. Oh, and let’s not forget Frantz, either.

As we approached blockbuster season, we began with one of the most unique comic book productions of all time, seeing a different, more sombre side to our very favourite member of the X-Men collective in Logan. Marvel ensured they remained faithful to their brand of electrifying, playful cinema with Guardians of the Galaxy, Vol. 2, while the immensely talented team behind War for the Planet of the Apes ensured this excellent trilogy came to a rather fitting conclusion.

Off the back of Moonlight’s success earlier in the year, it was a year when diverse, politically charged cinema was on the menu, and with film so often imitating life, and tackling with pertinent themes, given the era of Trump’s American was upon us, cinema naturally responded. We had the game-changing horror phenomena Get Out, while we also saw the release of Detroit and the affecting documentary I Am Not Your Negro – the latter two films making us increasingly more angry, highlighting just how little we have progressed in society across the past few decades. 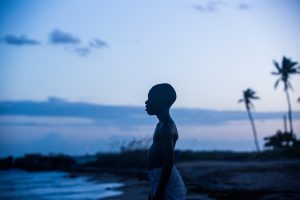 Somewhere in between these releases saw the return of Christopher Nolan, who presented the remarkable war drama Dunkirk, a big screen experience unlike no other, arguably the most immersive of the year, well, until Blade Runner 2049 was released, anyway. Also off the back of Moonlight’s success, was not just a victory of black cinema, but for LGBT cinema too, and later in the year we saw the theatrical releases of two remarkable dramas. Francis Lee’s directorial debut God’s Own Country is one, and then, arguably the year’s very best film, Call Me By Your Name. On the subject of equality and acceptance, few films tackle such films in such a poignant, accessible manner than Paddington 2 – a film we loved. A lot.

On a more darker note, the brutal prison drama Brawl in Cell Block 99 showed us a rather different side to Vince Vaughn, while Armando Iannucci’s The Death of Stalin depicted another somewhat unsavoury group of people, in his outrageous satire. Meanwhile, we entered into the disturbing world of The Killing of a Sacred Deer, and sat through the bleak, yet outstanding Good Time, starring Robert Pattinson.

The year ended strongly too, we had the charming romantic picture Film Stars Don’t Die in Liverpool, as well as the hugely overlooked, touching indie Brigsby Bear (the best film starring Mark Hamill to be released this year, honest). And finally, just to ensure this year ends on the very highest of notes, came James Franco’s The Disaster Artist – which is about as much fun as you can have in the cinema. 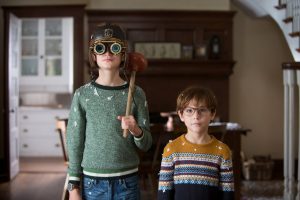 There was a really awful sci-fi production that you may not have heard about (good) called The Space Between Us, while there was the quite staggeringly unfunny comedy Chips, and a film about a dog that is so bad that’s pretty much all we can remember about it. It was called A Dog’s Purpose. 2017 also saw the return of Guy Ritchie, which wasn’t a very welcome one – as he presented King Arthur: Legend of the Sword, though it certainly wasn’t the worst film of the year. No, that one is tied between The Shack and The Book of Henry.

After the summer, just as the weather was getting cold and cinemas became a more tempting proposition to spend the afternoon, we sadly had to put up with James Bond rip-off Stratton, the cheesiest of romantic comedies Home Again, and then The Snowman. The latter, at the beginning of the year, you may have expected to be one of the year’s best, but it really, really wasn’t. And sadly, it’s not the only film in this list to have featured Michael Fassbender in the lead role. Hope he has a better 2018.

Then came Geostorm, which was bad – but at least you kinda expected it to be, which helps in a small way. Then, while we begun the year with such a memorable musical in La La Land, we’ve ended with two rubbish ones. Pitch Perfect 3 forgot all the reasons why we liked the first two films and came out with something just ridiculous (there was a sub-storyline involving a spy), and then The Greatest Showman. Has the look of Moulin Rouge and the songs of Glee. No, ta. 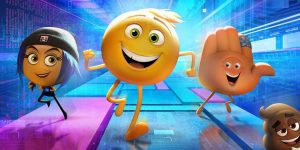