Another year, another sacred cow slaughtered. That’s what it feels like to be a movie fan in the 21st century; watching the stuff we grew up with – which we would never actually call mere ‘stuff’ – be chopped, changed and remixed is extremely hurtful to experience. Terms as strong as ‘rape’ have even been used to describe what film studios seem increasingly intent on doing to our collective childhoods. Even Mary Poppins isn’t safe. There’s no stopping this particular train, so we may as well all get used-THEY’RE MAKING A FRIGGIN’ PREQUEL TO THE SHINING!?!?! 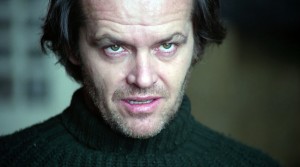 As you’ve probably heard by now, Stanley Kubrick’s masterful horror is indeed getting a prequel, set 20 years prior to the events Jack Torrance encountered. That’s correct: someone is daring to enter the same world so meticulously built by Kubrick and Stephen King in an attempt to give us something new. For Warner Bros., it’s a definite cash-in at the box office, thanks to an audience who either want a scary night at the cinema, or are willing to pay the price of admission for little more than intrigue. But put aside your cynicism: for the filmmakers, it’s a terribly exciting possibility.

On board to direct is Mark Romanek, who’s best known as the helmer of many music videos, plus two features: One Hour Photo and Never Let Me Go. Both films are expertly crafted, chilly explorations of the psyches of socially doomed people. Overlook Hotel, which is the name of this Shining predecessor, is to be based around a prologue that King eventually cut from the original book before publication, where the owner – Bob T. Watson – builds the hotel as a retreat for himself and his family. Doomed, much? 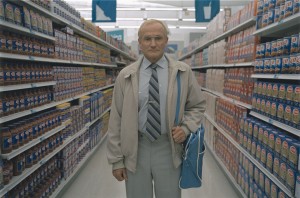 Robin Williams in One Hour Photo: the first screen sociopath from Mark Romanek.

Romanek’s direction can veer beautifully from poised, stately frames to subtle, dreamlike sequences. As far as I’m concerned, if anyone’s going to make Overlook Hotel, they could do far, far worse than have him at the wheel. And if producer James Vanderbilt’s comments about the movie being it’s ‘own story’, then there’s even less to actually worry about. While we can expect the film to end with enough ties for us to link it to Jack Torrance’s eventual arrival at the mysterious hotel, it’s a place that felt only half-explored in the original movie (one of the many, many reasons that film works so well, however). This means there’s plenty of other horrific secrets to discover in its many rooms  – as long as we stay away from 237, of course. Surely the evil that besets the hotel could be used to even more terrifying effect?

But therein lies the rub. Kubrick’s original frequently gets voted as one of the scariest films ever made. How on Earth could Overlook Hotel match up to it? My word of advice to Romanek: don’t ape Kubrick. I may be a self-confessed, near-obsessive acolyte of the director, but believe me when I say it would be easy to stay within the shadow of a pop culture giant that is The Shining. Jack Nicholson’s iconically maniacal expressions; the hard-cuts to names of days of the week; rolling through corridors on tricycles. Romanek, forge your own brand of horror. It’s the only way this prequel will have a life of its own. 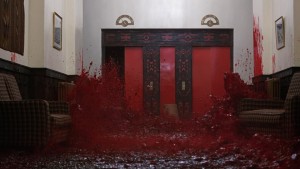 Blood coming out of elevators? Seen it like a billion times.

Another thing that will set it apart from bargain-bin franchise fodder to something genuinely interesting will be the casting. If a number of high-profile actors come on board, that’s not necessarily an indication of impending quality; rather, it’s representative of potential. An actor will rarely risk their credibility by doing something they personally think is going to turn out badly (again, this isn’t a constant for every actor out there). As for producer Vanderbilt himself, his screenwriting credits don’t do much to inspire much hope (both The Amazing Spider-Man movies), but one stands out as genre-perfect for Overlook Hotel: Zodiac, which he also produced. As for the actual screenwriter of Overlook Hotel, we have Glen Mazarra, who’s done mostly TV; his experience in crime shows such as The Shield and Criminal Minds, along with horrors The Walking Dead and Damien, should bring an interesting tone to the entire premise.

Sadly, as we all know from first-hand experience at, revisiting hallowed properties rarely comes good. There are always exceptions: the two recent Planet of the Apes films have worked brilliantly, fitting alongside the original in a manner that not only complemented the franchise’s ambitions, but extended them even further; Batman came back in full force thanks to Christopher Nolan’s modernist retelling – and we’re getting the Zack Snyder treatment next year with Batman v Superman: Dawn of Justice. But we should never go to the movies expecting bad things: there is, and always should be, hope that the film you’re sitting down to watch could be the best you’ve yet seen. It rarely is, but that shouldn’t take away from the giddy magic you feel when the lights go down. Will Overlook Hotel be as scary, as inventive, as bonkers brilliant as The Shining? Probably not. But then again, it isn’t The Shining. 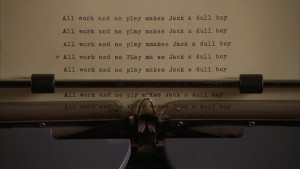 Time to polish off the script to Overlook Hotel.