DreamWorks have released a first image from Guillermo Del Toro’s upcoming fantasy animation Trollhunters. Check it out below: 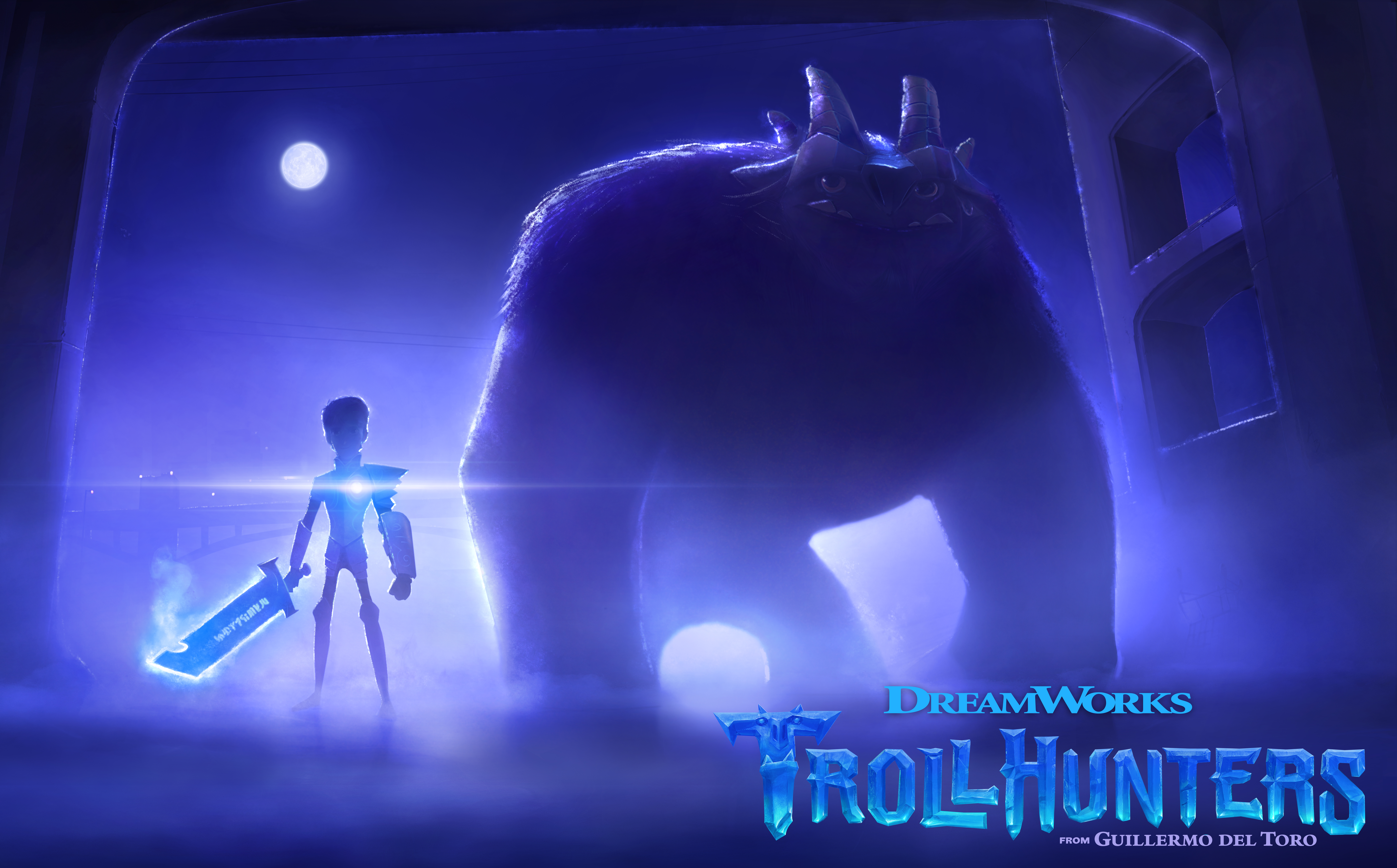 The series is based on a 2008 novel and here is the show’s official synopsis:

DreamWorks TROLLHUNTERS will unleash a new, fantastical world wrapped around the residents of the fictional suburb of Arcadia who make a startling discovery that the world beneath their hometown is as vast and mind-blowing as anything on the surface. A global must-see viewing event for the entire family, DreamWorks TROLLHUNTERS will bring viewers of all ages around the world into the rich and creative mind of Guillermo del Toro.

Trollhunters is expected to hit Netflix later this year.