Lindsay Lohan is not a fan of Suicide Squad or Jared Leto. The 30-year-old actress said that the upcoming DC production “is not helping the world but hurting people”. She also accused Leto of ripping off Brandon Lee’s The Crow for “his whole music and film career”.

Lohan posted the strong words on Instagram, accompanied by a collage of images of Jared Leto’s character, The Joker. Check it out below: 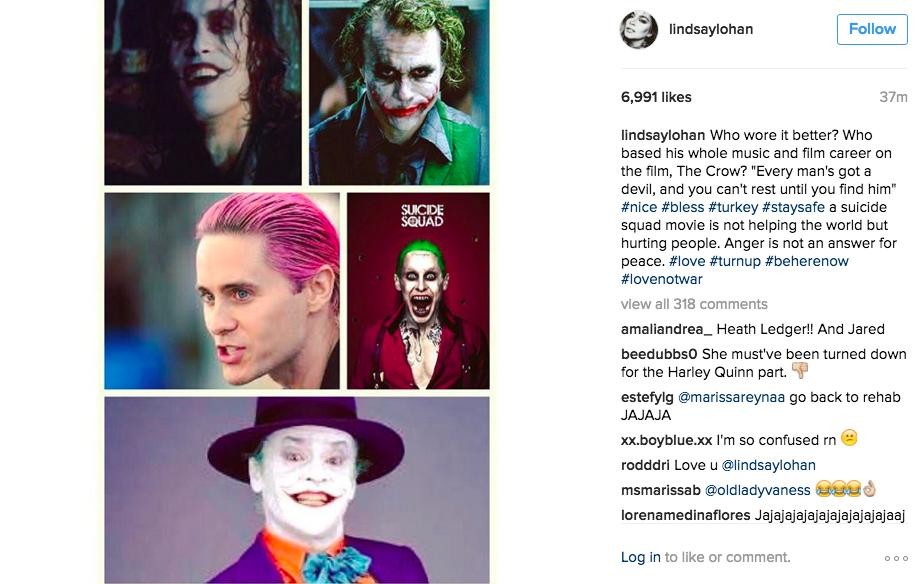 The Mean Girls star and Jared Leto do have history, as they sparked rumors that they were dating back in 2006. So her attack on Leto may be a personal one it seems.

Lohan also used a quote from The Crow to make her point: “Every man’s got a devil, and you can’t rest until you find him.” 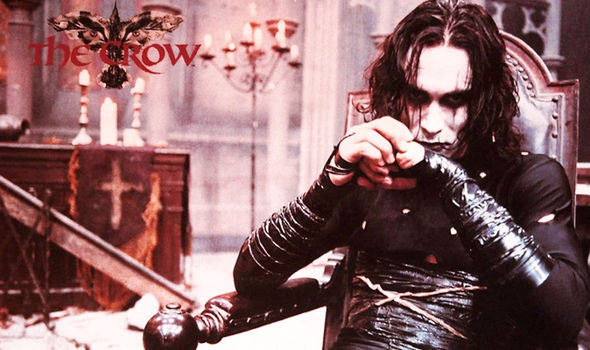 Brandon Lee in The Crow. Supposedly who Leto ripped his career off.

Suicide Squad hits cinemas on August 5th but there’s no doubt that Lohan won’t be buying a ticket.